The media’s racial sanitization of two high-profile NFL quarterbacks makes arguments of equal justice through the press nothing more than a mythical idea.

The disparity in the way the media dishes out criticisms and blatant judgment of black athletes to their white peers was on full display this weekend as four teams battled for the opportunity to go to the Super Bowl.

Two of those signal-callers, Jay Cutler of the Chicago Bears and Pittsburg Steelers quarterback Ben Roethlisberger, are going through an interesting time under the media’s microscope.

Cutler has been called out by former and current NFL players for quitting on his team in the NFC’s title game, while most of mainstream media defends him.

Roethlisberger, now that his Steelers are headed to the Super Bowl, have two weeks of possibly dealing with questions aimed at the two alleged sexual assault charges levied against him by two separate women in the last two years.

Perhaps it’s a good thing that Michael Vick and the Philadelphia Eagles didn’t make it to the NFC Championship round. If Vick and the Eagles had advanced that far in the Super Bowl tournament, you could be sure that the dogfighting dog-and-pony show would have been prevalent throughout the telecast.

As with all the games that featured Vick and the Eagles on television the last two years, particularly this past NFL season, network executives would have flooded us with countless dogfighting features, animal rights activists such as People for the Ethical Treatment for Animals (PETA) would have bombarded us with commercials and protesters would have no doubt plastered themselves in front of media cameras.

This after the fact that Vick paid his debt to society with a 18-month prison stint. This after he has apologized endlessly to the nation for his part in a small-time dogfighting ring. Everywhere he goes, Vick and the rest of us have to hear about the horrid details about dogfighting, even though the media did very little or no reporting on the criminal trial of Floyd Boudreaux and his son, Guy.

Floyd and Guy Boudreaux, who are white, beat over 50 counts of animal cruelty and dog fighting charges a couple of years ago brought on by the state of Louisiana. What’s remarkable about this case is that Floyd Boudreaux, often referenced to as the don of dogfighting, didn’t go to trial until 2008, three years after his initial arrest.

Federal authorities raided Vick’s home in June of 2007. By December of that year, Vick was behind bars.

On the website, Rios’ Pit Bull Kingdom, Floyd Boudreaux even brags about his longtime dog fighting days, specifically describing fight matches and the name of his dogs that participated in them. And yet the media fanfare around this dogfighting hoodlum continues to be ignored.

But what is also not good is for mainstream media to continue to overlook this and underreport the fact that this man has put himself in the position to have rape accusations levied against him. Roethlisberger was suspended for six games by NFL Commissioner Roger Goodell at the start of the season, but later saw that drop to four contests.

Rape or sexual assault is serious business. To be accused of something like that can be both detrimental and character damming at the least. For the alleged victims, their lives may never be the same. What is so disturbing to me is how mainstream media is able to bring the hammer of righteous judgment against Vick, but continue to give Roethlisberger a hall pass.

It is as though nothing has ever happened.  The whitewashing by television announcers and in-studio media panelists, only serve to show us that the image of the white male is all encompassing in regards to what is right and what is wrong with our society.

This is evident to how the media’s handling of the issue swirling around Roethlisberger. Making this situation even murkier, there hasn’t been any mass moral outrage from women organizations regarding the topic of rape and sexual assault.

The Cutler matter is simple: the guy quit on his team because he had a sprained knee. Where is Terrell Owens when you need him? Is was T.O. who said his black quarterback, Donovan McNabb, basically choked during the Philadelphia Eagles’ 24-21 loss to the New England Patriots in Super Bowl XXXIX. The media jumped all over that story, and began to question McNabb’s toughness as a quarterback and leader.

Now that the tables have turned on a star white quarterback like Cutler, the media is saying things like the criticism is dumb and unfair, refusing to be objectionable journalists. Pretty interesting stuff when the other shoe drops. 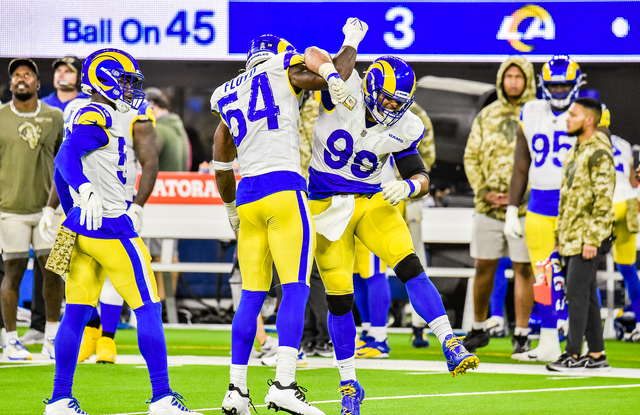