One of UCLA’s biggest roadblocks throughout a 6-7 overall 2017 regular season was the run game. The Bruins’ running attack ranked just 115th out of 129 teams. The hole at running back left UCLA one-dimensional offensively, even with one of the nation’s top quarterbacks in Josh Rosen.

As the 2018 Sept. 1 regular season opener against Cincinnati looms closer and fall camp winds down, the Bruins are in search of a dominant runner to emerge. Seniors Soso Jamabo and Bolu Olorunfunmi return to the team, while UC Davis transfer Joshua Kelley and four-star recruit Kazmeir Allen bring new speed to the competition.

Jamabo has collected 1170 yards and 13 touchdowns throughout his UCLA career, while Olorunfunmi has gained 1045 yards and scored nine touchdowns. Jamabo rushed for 446 yards and six touchdowns in 2017, including a season-best 100 rushing yard, one score performance against Stanford. Olorunfunmi earned career highs in attempts (117), rushing yards (565) and rushing touchdowns (five) over the course of five starts in 2017.

Kelley didn’t play in 2017 due to his choice to transfer from UC Davis after the 2016 season but left with solid statistics from each season. In 2015, he picked up 530 yards on 106 carries and three touchdowns. Kelley improved as a sophomore on fewer touches. He carried the ball 87 times, but scored four touchdowns and gained 609 rushing yards. 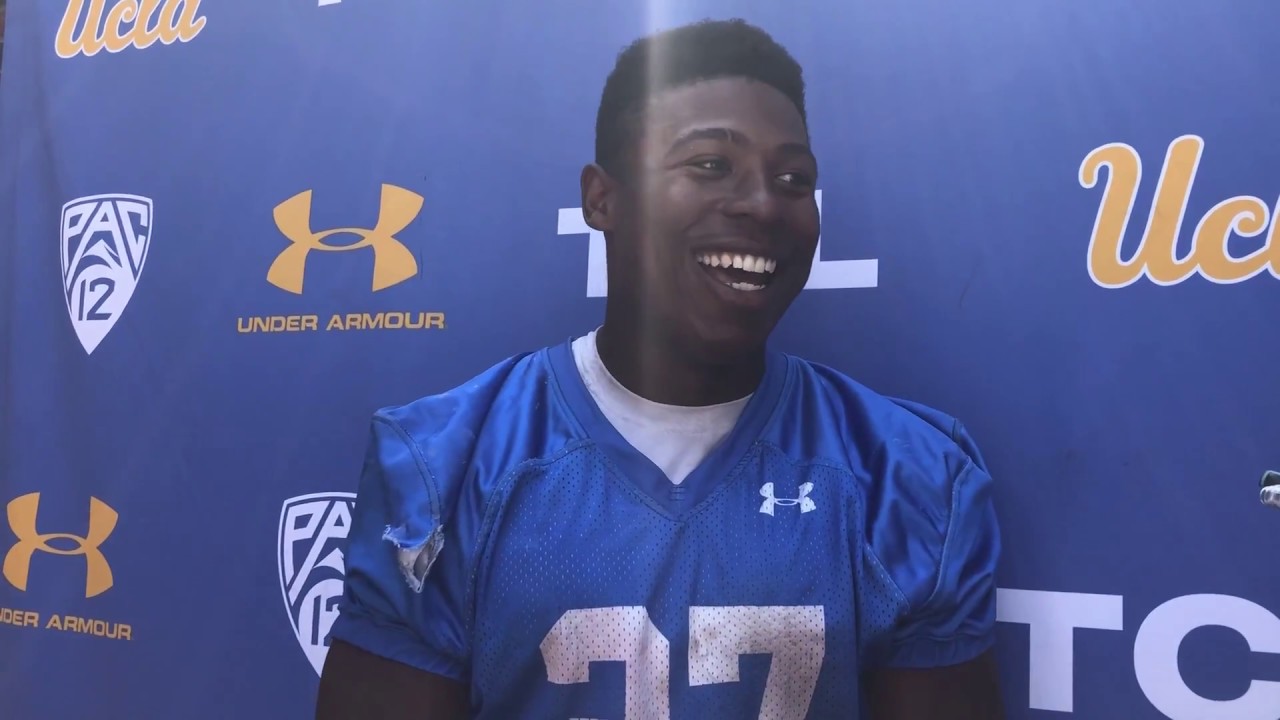 Allen joins the 2018 Bruins as a highly decorated multisport athlete. At Tulare Union High School in Central California, he won championships in both football and track & field. He set a national record with 72 touchdowns in one season while also earning the 100-meter sprint championship in track and field.