Coming off two straight losses to start the Chip Kelly era, UCLA desperately needed a strong home showing against Fresno State. UCLA’s performance Saturday night could be described as inconsistent, at best. The Bruins fell into a 13-0 first quarter hole and never fully recovered, falling to 0-3 after a 38-14 final. 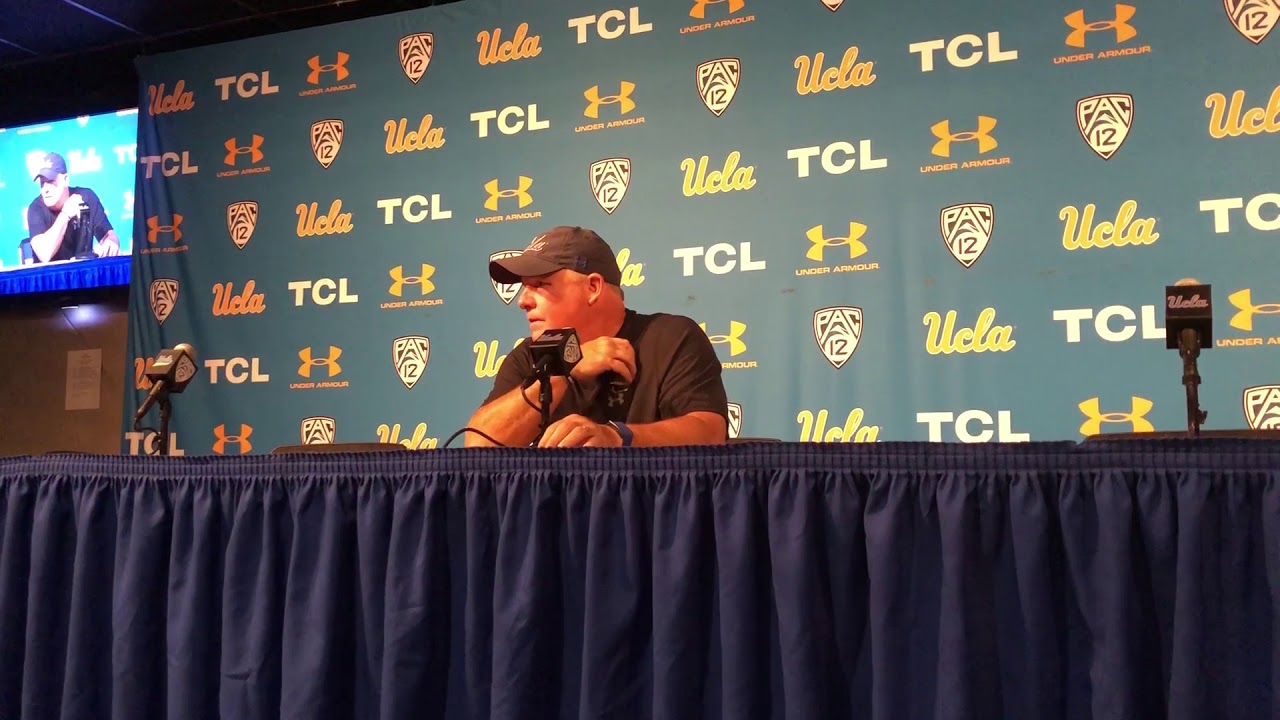 “We had to be prepared to play them, and obviously, they did a better job,” Kelly said. He added, “They out-coached us and they out-played us today.”

UCLA true freshman quarterback Dorian Thompson-Robinson played relatively solid through the majority of three quarters until he ran into junior linebacker Jeff Allison. The Fresno State defender intercepted two of Thompson-Robinson’s passes late in the third quarter, each change of possession resulting in touchdowns for the Bulldogs.

McMaryion dominated the UCLA defense from the very start. He led the Bulldogs straight through UCLA on back-to-back 75-yard first quarter drives and finished the game with five touchdowns (four rushing and one passing). He gained 270 yards through the air and 16 rushing.

“We took our shots when we needed to, and guys came down with the ball,” second-year Fresno State head coach Jeff Tedford said.

Sophomore running back Jordan Mims rushed for 85 yards on 21 attempts. Wideout Keesean Johnson led all receivers with eight catches for 85 yards. Thompson-Robinson showed flashes of speed and accuracy, including a 45-yard bomb to Theo Howard midway through the second quarter, but couldn’t stay consistent.

“Some of my actions tonight were not up to standard for being a quarterback at all, so I apologize to my team for that,” Thompson-Robinson said. “Those things have to get corrected.”

Howard caught four passes for 80 yards and one touchdown. “Obviously it’s a brand new offense,” he said. “We’re still working on gelling, getting together.” The Bruins gave snaps to four running backs, Martell Irby leading the group with 35 yards on nine attempts. Kazmeir Allen, Soso Jamabo and Bolu Olorunfunmi rounded out the group with just 35 rushing yards combined. “I don’t think that we got into any good rhythm on the offensive side of the ball,” Kelly said.

UCLA faced a fourth-and-two early in the second quarter but came away one yard short. As Fresno State took over on downs at the 49-yard line, Bulldog fans thundered over Bruin supporters, chanting, “Fresno State! Fresno State!” UCLA redshirt junior linebacker Keisean Lucier-South momentary silenced the Bulldog faithful seconds later, however, with a strip sack that gave the Bruins a much-needed possession. Thompson-Robinson capitalized on the opportunity, leading UCLA on a five-play, 43-yard scoring drive.

To start the third quarter, UCLA suffered a quick three-and-out on offense. Johnson fumbled Stefan Filntoft’s 56-yard punt at the 19 yard line moments later, however, giving the Bruins yet another chance to pull within single digits. Olorunfunmi capped off UCLA’s three-play drive with a 2-yard touchdown.

After trading possessions, the Bruins needed a stop and score. McMaryion completed a 23-yard strike to Johnson on second down for Fresno State. Three plays later, UCLA forced a fourth down after an incomplete McMaryion pass. The play was negated, however, as sophomore defensive back Quentin Lake hit McMaryion in the backfield.

Lake was called for a costly roughing the passer penalty, setting up first-and-goal. The Bulldogs took a crucial 24-14 lead, as a result. “You always want to get the big hit on the quarterback, but it’s kind of a grey area of when you should let off or really keep going,” he said. “It’s a big learning lesson, especially early in the season.”

Fresno State outgained the Bruins 420-270 in total yardage. The Bruins were flagged 11 times for 96 yards and had four turnovers. Fresno State scored 17 points off UCLA’s mishaps. The Bulldogs ran 85 total plays to UCLA’s 55, and collected 10 more first downs than the Bruins.

Tedford won 10 games at the helm last season, including a Hawaii Bowl victory against Houston. He’s since guided Fresno State to a 2-1 overall record in 2018, after a whopping 79-13 opening day triumph versus Idaho and Saturday’s road win over UCLA. Both the Bulldogs and Bruins enter bye weeks, before hitting conference play in two weeks.

UCLA opens Pac-12 play at Colorado, followed by matchups with Washington, Cal, Arizona and Utah throughout October. The month of November won’t get any easier for the Bruins. UCLA travels to Arizona State and Oregon, followed by home clashes against USC and Stanford.