Trailing 27-24 early in the fourth quarter, UCLA held possession and an opportunity to take the lead against Pac-12 foe Arizona. Running back Joshua Kelley escaped through the Arizona defensive line for a game-deciding 28-yard touchdown, and then sealed UCLA’s 31-30 victory over the Wildcats by picking up crucial first down yardage with under two minutes remaining.

“I was extremely fortunate that the offensive line blocked extremely hard tonight,” Kelley said after his fourth straight 100-yard performance. He added, “We’ve got some momentum. What we’re doing is working.”

Two plays into an early second quarter Bruins’ possession, true freshman quarterback Dorian Thompson-Robinson was sacked by Colin Schooler for a loss of two yards and left the game with an undisclosed injury. Kelly said, “They just told me if they’re in or out. That’s all it is.” 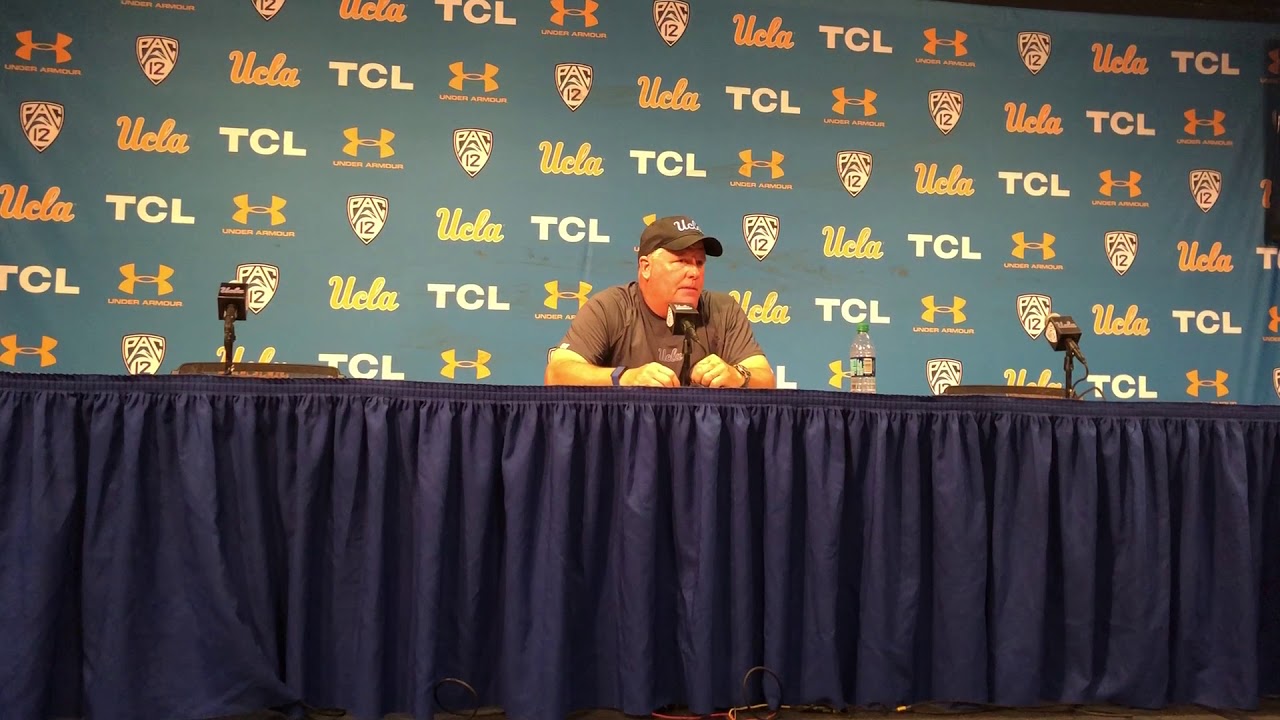 Thompson-Robinson finished with 103 passing yards and one touchdown, on five-of-eight passing. Graduate transfer Wilton Speight, who started the season opener for UCLA before going down with an injury of his own, replaced the true freshman. Speight picked up where Thompson-Robinson left off, throwing for 204 yards and two scores while completing 17 of his 24 passes. “I feel very happy, relieved that I was able to get back in and play the game I love” he said. 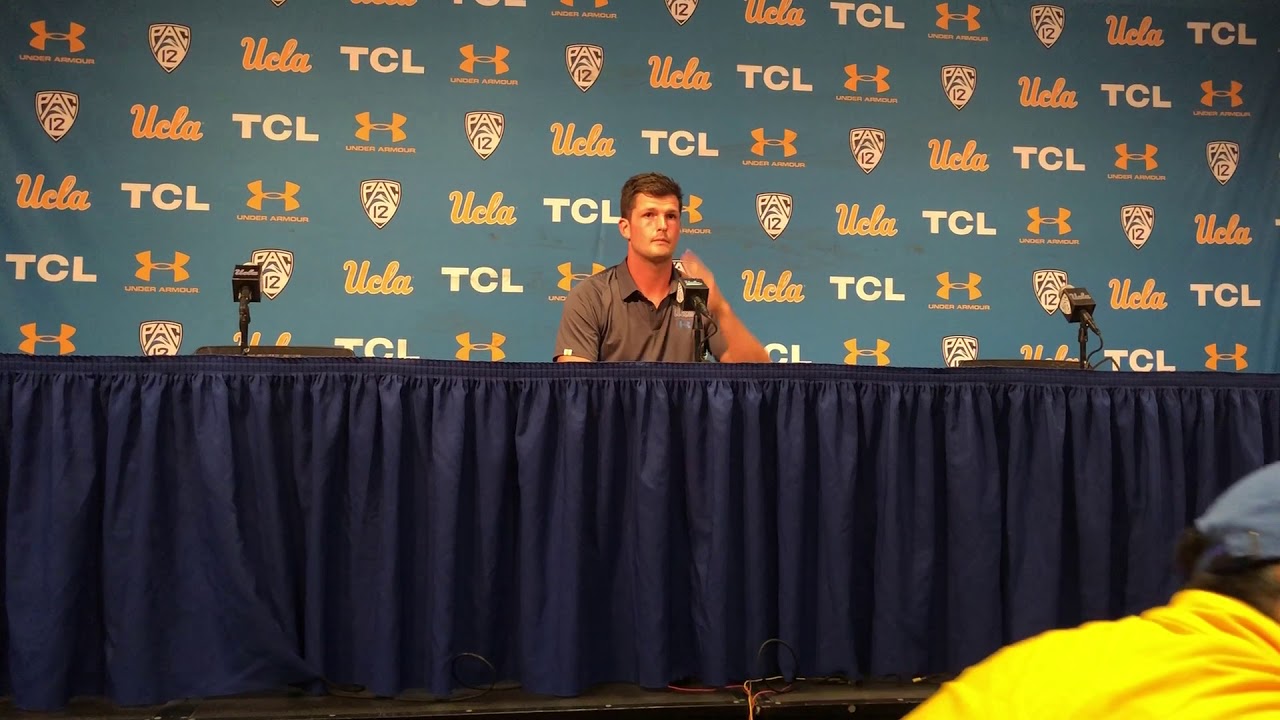 Kelley carried the ball a career-high 31 times for 136 yards and one score, in addition to catching four passes for 43 yards. Redshirt senior and defensive back Adarius Pickett led the Bruins in tackles for the sixth time in 2018. 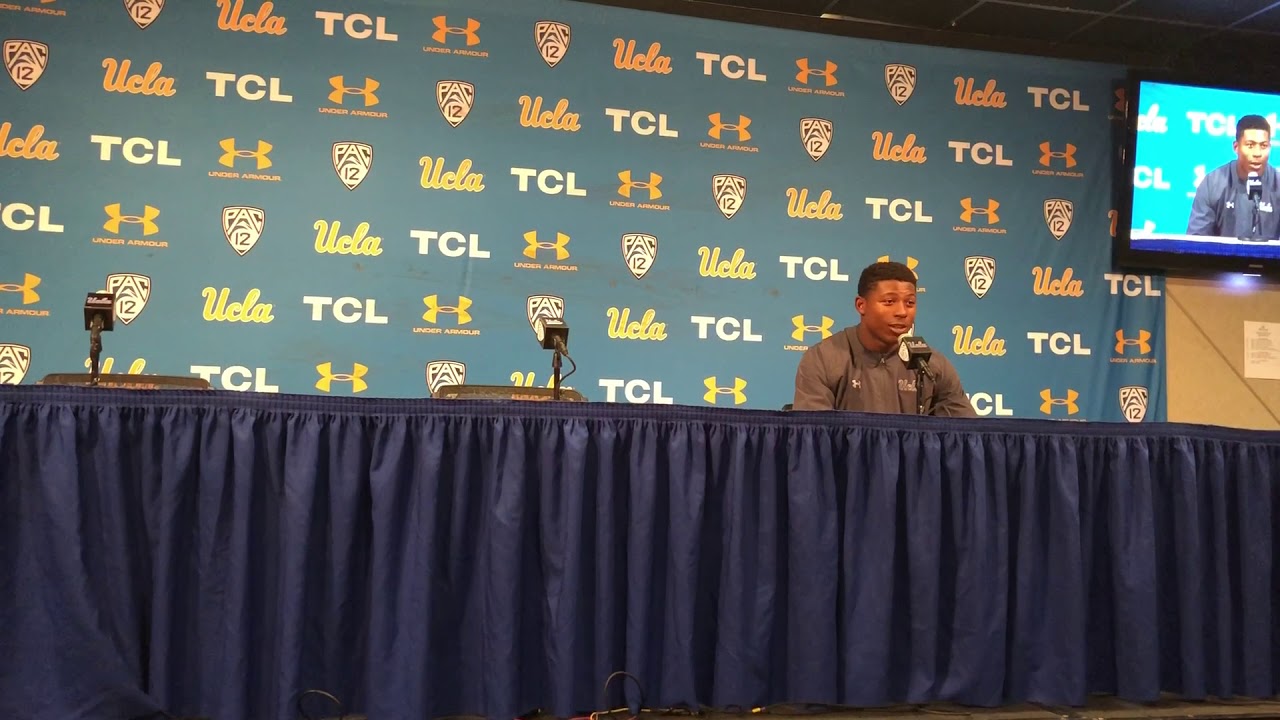 Arizona kicker Josh Pollack hit a 29-yarder on fourth and four with 6:28 left to play, but UCLA took full advantage of their next – and what would be their final – possession. The Wildcats called their final timeout with 3:20 left in the game, allowing UCLA to ensure a win with a few first down pickups.

With just inside 10 minutes remaining in the second quarter, Taylor escaped through the UCLA defensive line and sprinted 55 yards toward the end-zone. Taylor forgot one important thing as he ran past the pylone, however. The football. He fumbled at the three yard-line and Darnay Holmes recovered for UCLA, a sequence that summed up Arizona’s first half in one play. “That’s just a heck of a play,” Kelly said. He added, “That’s something that you’ll see on SportsCenter.” 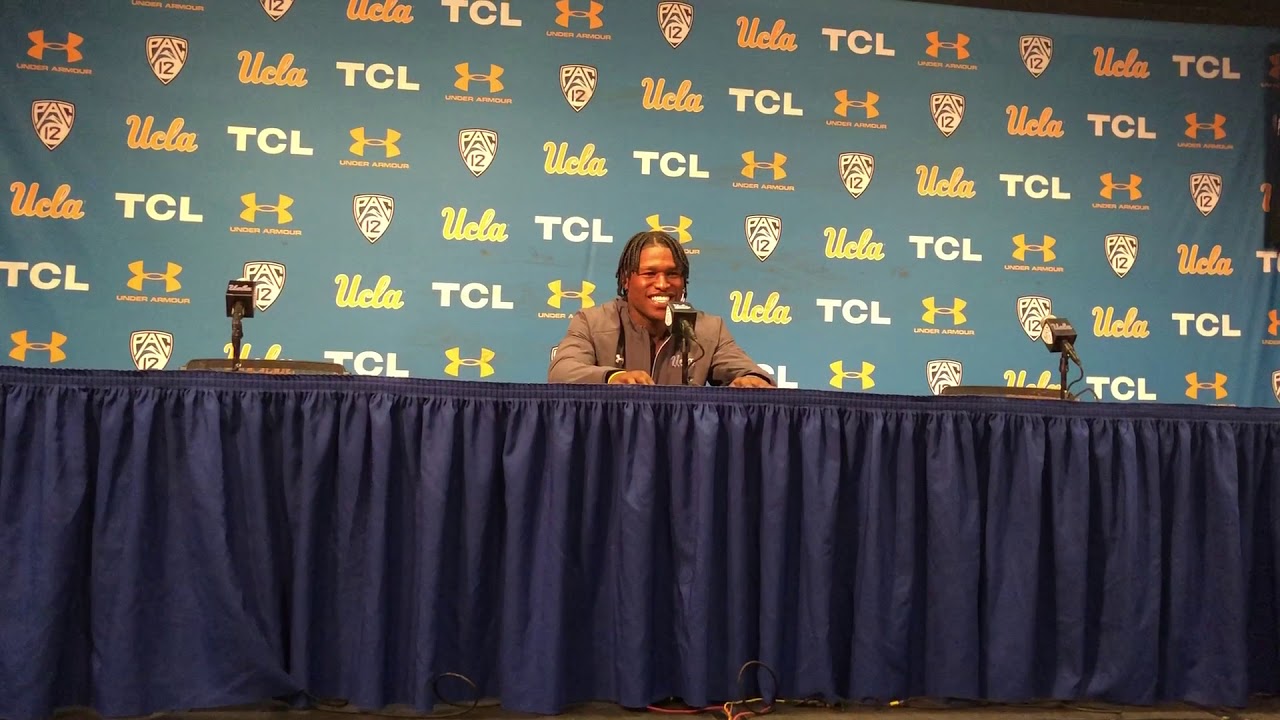 The Bruins received the second half kickoff but did nothing with it. Arizona took over inside their own 20 and relied on the running game to gain yardage. Taylor and Brightwell combined for 35 yards on two straight carries to move Arizona toward field goal range. Pollack converted on a 29-yard field goal for the wildcats, cutting their deficit to seven.

On the first play of UCLA’s next possession, Arizona defensive tackle Dereck Boles sacked Speight, forced a fumble and gave the Wildcats perfect field position at the UCLA 15. Three plays into the following drive Rodriguez threw an 11-yard touchdown to Poindexter, tying the score with just inside nine minutes left in the third quarter.

Pollack nailed his second field goal of the quarter four minutes after, this time from 39 yards out to give Arizona a 20-17 lead. The back-to-back second half scoring continued, as Speight tossed a 25-yard touchdown to redshirt sophomore Demetric Felton two minutes later. Leading 24-20, UCLA’s Elijah Gates intercepted a Rodriguez throw to end the third quarter. Taylor dashed through the end-zone to start fourth quarter scoring, capping off an eight-play, 72-yard drive for Arizona.

UCLA got off to a strong start early in the first quarter, forcing Arizona into a three-and-out, snatching an interception and scoring on their first possession. Starting at his own 38, Thompson-Robinson completed two quick passes to Kelley for 27 yards. He escaped the pocket to gain another 10 two plays later. Then, fellow true freshman Kazmier Allen broke open and evaded the Arizona defense for a 16-yard touchdown to give UCLA a 7-0 advantage, with 9:51 remaining in the first quarter.

Rodriguez responded by driving straight down the field, completing a 33-yard bomb to Poindexter. Four plays after, however, Rodriguez lobbed a pass into the endzone that was intercepted by UCLA defensive back Quentin Lake. Lake swiped the ball in the endzone and returned it to UCLA’s 12 yardline.

Both teams traded three-and-outs to near the end of the first quarter. Starting inside their own 25, UCLA put together another solid offensive drive. Thompson-Robinson completed a 58-yard catch and run to Theo Howard, placing the Bruins deep in Arizona territory.

The Arizona defense made a key redzone stand, highlighted by Finton Connolly sacking Thompson-Robinson for a loss of seven yards. Stefan Flintoft still came through for UCLA, however, netting a 40-yard field goal on the first play of the second quarter to give UCLA a 10-0 lead.

UCLA failed to take advantage of the turnover, and Arizona responded. Rodriguez tossed a 38-yard dime to Ellison, two plays into the Wildcats next possession. Facing third and eight from the UCLA 13 yard-line, Rodriguez and Poindexter connected for a crucial touchdown. Trailing 10-7, Arizona kept within striking distance.

Speight fired right back for the Bruins, guiding the UCLA offense on a 75-yard, 13-play scoring drive. Redshirt sophomore Devin Asiasi caught a 24-yard touchdown pass to extend the Bruins’ advantage back to 10 heading into halftime.

After Saturday night’s victory, UCLA has won six of their last seven matchups with Arizona. The Wildcats are currently ranked number one in the country in opponent penalty yards, and pushed UCLA into 12 flags for a total of 103 yards. Arizona falls to 3-5 overall and 2-3 in conference play.

UCLA avoided their first 1-6 start since 1963, and enter the second half of 2018 with momentum. The Bruins improved to 2-5 overall with the victory and 2-2 in Pac-12 competition. They’re still very much in play for a Pac-12 south title, an achievement that seemed as if it would be impossible to obtain after the team’s 0-5 start. Head coach Chip Kelly said, “Every week is one season for us.”