USC head coach Andy Enfield said, “[Usher] played a great game. He had a lot of energy. His rebounding was terrific.” Usher added, “I just waited my turn and took advantage of my opportunity.” 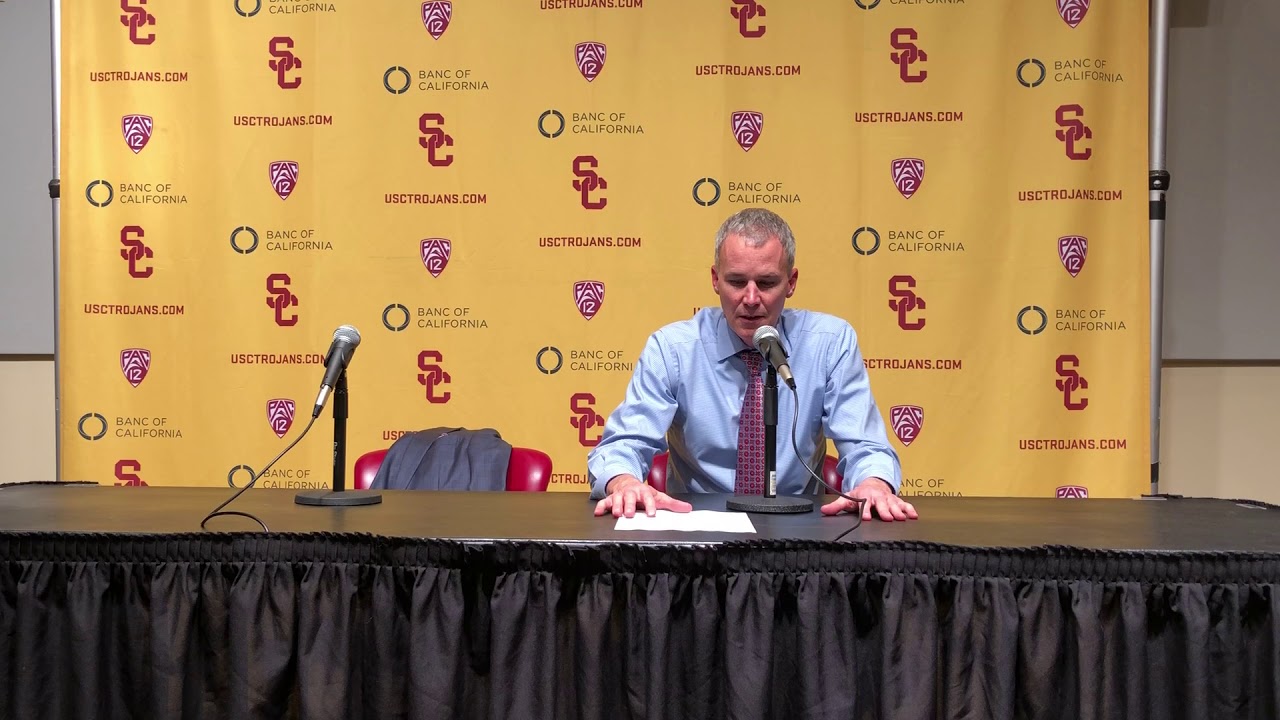 “I’m tired,” Boatwright said, after playing a total of 38 minutes and scoring 19 points in just his sixth game back from last year’s season-ending knee injury.

Kevin McNeal cut and slammed the ball down with two hands to give CSU Bakersfield a one-point lead with 7:47 left. USC freshman guard Elijah Weaver and Usher combined for five fast points to shift momentum. Boatwright swished two 3-pointers with under three minutes left to give USC a 13-point advantage and effectively seal a Trojan victory.

“When the ball has energy, it’s hard to miss. We had fun with it, started smiling and playing like USC’s supposed to play,” Usher said.

CSU Bakersfield made three straight 3-pointers to open the second half and extend their lead to 57-51, less than five minutes into the period. Aaron fired right back for the Trojans, scoring five consecutive points. Durham hit his fifth and sixth 3-pointers to keep CSU Bakersfield ahead, 65-61 with just over 11 minutes remaining.

After an Aaron miss, Durham converted a 3-point basket to put CSU ahead 34-32. Durham scored seven points, including a transition layup and right corner jump shot, throughout the final three minutes of the first half. CSU Bakersfield took a 46-44 lead into halftime, led by Durham (16 points on 6-of-8 shooting) and Lee (12 points and 5 rebounds). Usher poured in 13 first-half points for USC.

Boatwright said, “We came out slow. It’s something we need to get better at.”

Usher scored six quick points in his first four minutes off the bench for USC and led the Trojans back in front, 16-15. Aaron and Boatwright nailed pairs of free throws. Matthews followed by netting a 3-pointer to give USC a 22-15 lead with just under 12 minutes left in the first half.

“It was a good overall team win with a short-handed roster,” Enfield said.

USC shot 55.8 percent from the field and over 45 percent from 3-point range. CSU Bakersfield outrebounded the Trojans, 38-31, but committed 14 turnovers.

CSU Bakersfield travels to South Dakota next up, followed by a home matchup with California Merced (Dec. 4). USC battles Cal State Long Beach on Wednesday (Nov. 28) before hosting No. 6 Nevada next Saturday (Dec. 1).