“It’s been a tremendous welcoming feeling since the moment we got here and we’re honored to be here and represent the best way we can,” Cristobal said. Chryst added, “Truly excited and appreciate the Rose Bowl and all they’ve done for us in making this such a great event.”

Theiler, a Wisconsin alumni who was born and raised in the state, wasn’t shy in pledging her allegiance to one side of the stage.

The event’s special guests also included the iconic Mickey Mouse, who presented a commemorative plate to both teams, and Laura Farber, President of the 2019-2020 Tournament of Roses.

“This year’s theme is the power of hope,” Farber said. “Hope has so much to it, it never quits and with it comes inspiration and aspiration to do wonderful things. These teams epitomize the power of hope with the way they play.”

“It’s still surreal,” Herbert said of the Ducks’ trip to the 2020 Rose Bowl. “Such a great opportunity for us to go play some football. It doesn’t get any better than this and we’re so excited.” 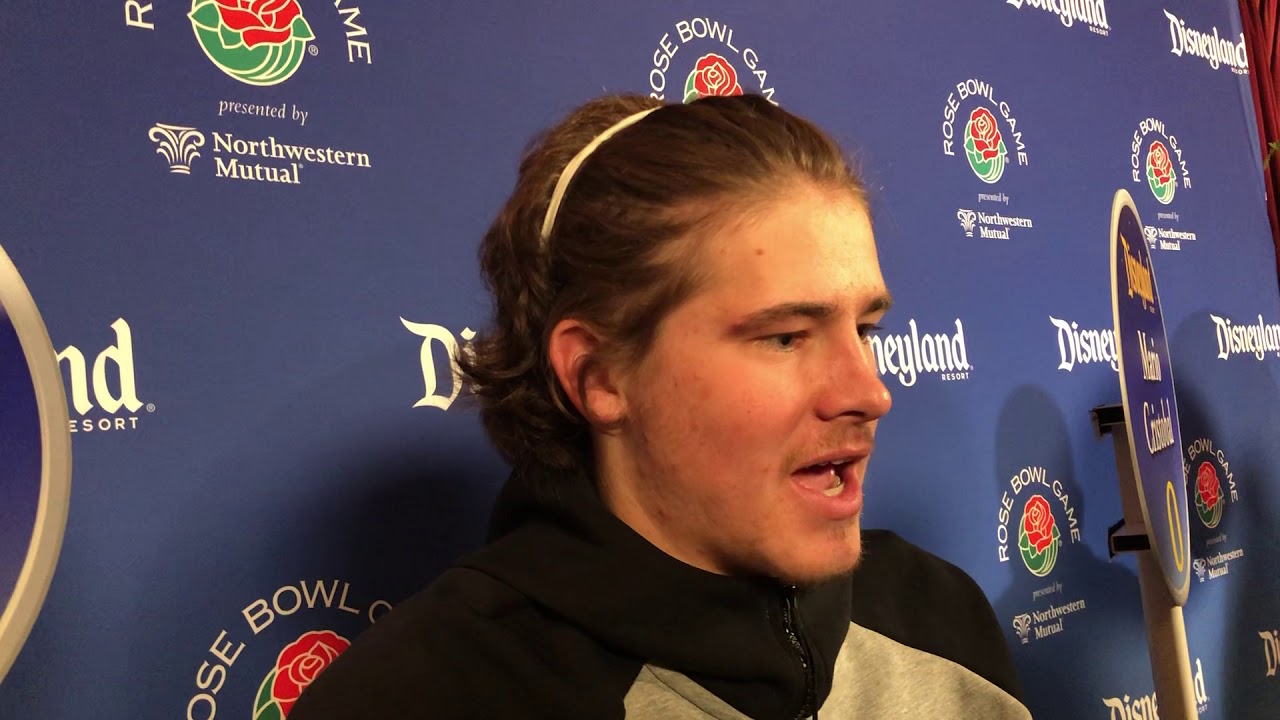 Both teams spent the day inside Disneyland’s two theme parks. For Dye, Thursday marked the first time in 15 years he’d been to Disneyland. He prioritized getting to the Churro stands right away and couldn’t wait to ride the popular “Space Mountain” attraction. 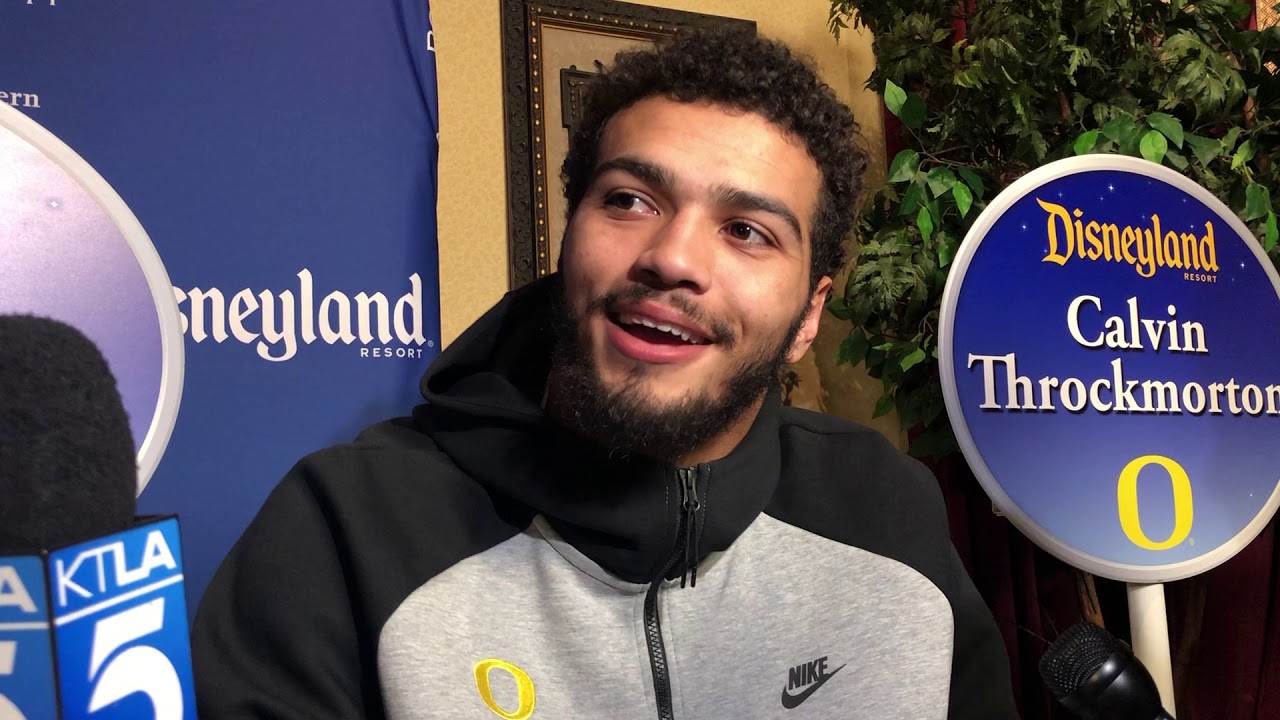 “That’s my favorite ride because it’s all pitch black,” he said. “You can’t see what’s coming and that’s how I look at my life. Just taking one turn at a time and unexpectedly just seeing what happens.” 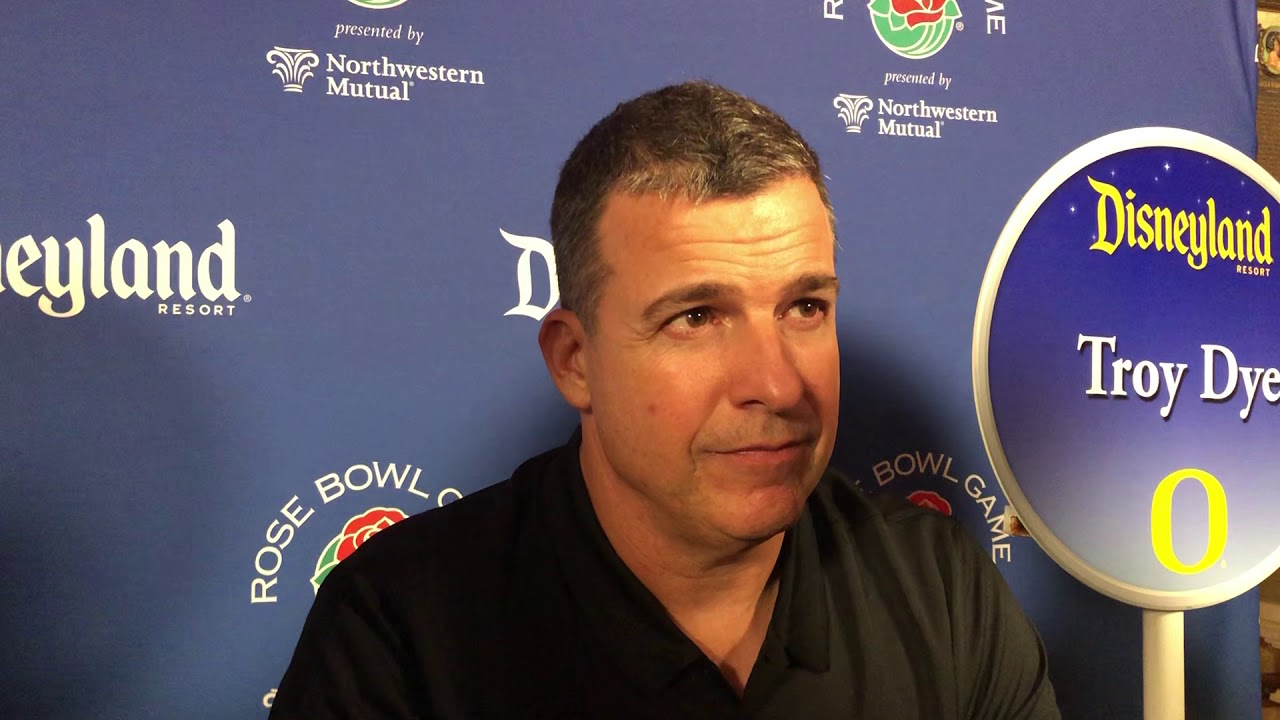 Besides the theme park fun, Oregon is keeping things all business. The Ducks took a “camp-like” approach to practicing in Eugene before departing for Southern California, according to Cristobal, and engaged in a weight-lifting session right after landing on Christmas Day. In between Thursday’s Disney events, the Ducks practiced for an hour and 20 minutes.

“Enjoy the moments that we have now, but we’ve got to stay locked in,” Dye said of Oregon’s mindset. Cristobal added, “We’re moving fast and we’re already well into our scheme.”

On the Wisconsin side, juniors Jonathan Taylor (running back) and Tyler Biadasz (center), as well as seniors Zach Baun (outside linebacker) and Chris Orr (inside linebacker), took the stage with Chryst.

Taylor, who is within striking distance of putting together back-to-back 2,000-yard seasons, talked about preparing to “press blocks” against a notoriously fast Oregon defense. 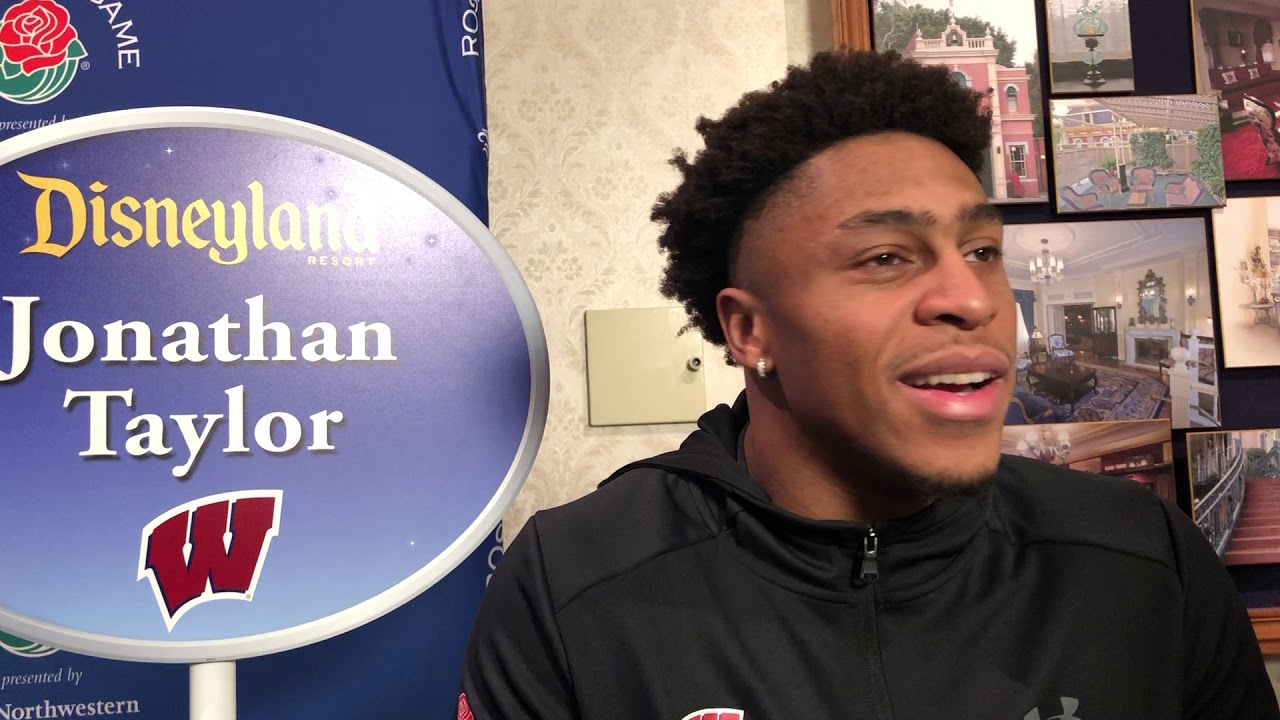 “I know that they’re really good with their hands,” he said. “When you see a hole you’ve got to make sure that you hit it 100 miles per hour because if not, they’ll be able to use their hands, get off a block and be there to make the tackle.”

Thursday signaled Taylor’s first trip to Disneyland. He expressed the most excitement in wanting to visit the park’s “Star Wars: Galaxy’s Edge” attraction, saying, “I want to get to it ASAP.”