In the words of poet Nayyirah Waheed, “Just because someone desires you, doesn’t mean that they value you.” As talent and creativity blossom out of the creative minds of unique individuals, the appreciation of the person dwindles as society tries to capitalize on their artistic abilities.

With this mindset, it can drastically change one’s dreams and aspirations into a short-lived cash grab. Ma Rainey’s Black Bottom sinks deep into the issue regarding the exploitation of Black artists in a segregated 1920s America.

Netflix’s musical drama tells the semi-fictional story of the very real icon Ma Rainey, portrayed by Viola Davis, during her journey of triumph in proving and establishing her self-worth while maintaining her creative integrity from her white managers.

It also delves into the tragic tale of Rainey’s ambitious trumpet player Levee, played by the late Chadwick Boseman, who dreams of infamy, though the real world only offers somber notes for Black blues musicians oppressed by microaggressions and racial inequality of 20th-century society.

Ma Rainey’s Black Bottom starts off with following Rainey’s band of musicians as they talk, philosophize, and argue about the Black experience and the struggle of being Black creators as they wait in the concert hall for the very tardy “The Mother of Blues” herself.

The quartet represents different aspects of the Black societal experience: leader and trombone player Cutler (Colman Domingo)—being familiar with how society is established— lacks restraint against those who are optimistic of change.

Bass player Slow Drag (Michael Potts) is an indifferent Black man who has been jaded by his personal experience of never getting high enough to reach the proverbial glass ceiling; piano player Toledo (Glynn Thurman) was born into slavery and experienced a first-hand account of the Jim Crow era, and Levee represents the determined Black youth who’s temporary traumatic encounters alter the willingness on how to achieve success in a racially disparaged landscape.

The film capitalizes on the internal battle of both Rainey and Levee through the use of an old, metal door located in the dreary rehearsal room that the quartet spends most of the film in.

Throughout the course of the film, Levee constantly struggles with the jammed door, fueling the anger that was boiling inside of him as he tries to go forward both literally and figuratively.

Unfortunately, he is met with the cold reality, after managing to pry it open at the end, that door leads to nowhere; emphasizing the fiery ambition of becoming a successful blues musician.

In Rainey’s case, the scene symbolizes her manager’s attempts to take control over her creative talent; only to end up with “The Mother of Blues” reigning on top.

Davis manages to exhibit the complexity of the blues singer that made huge waves for Black artists in the industry through music that shared the Black woman experience in a racially divided America. 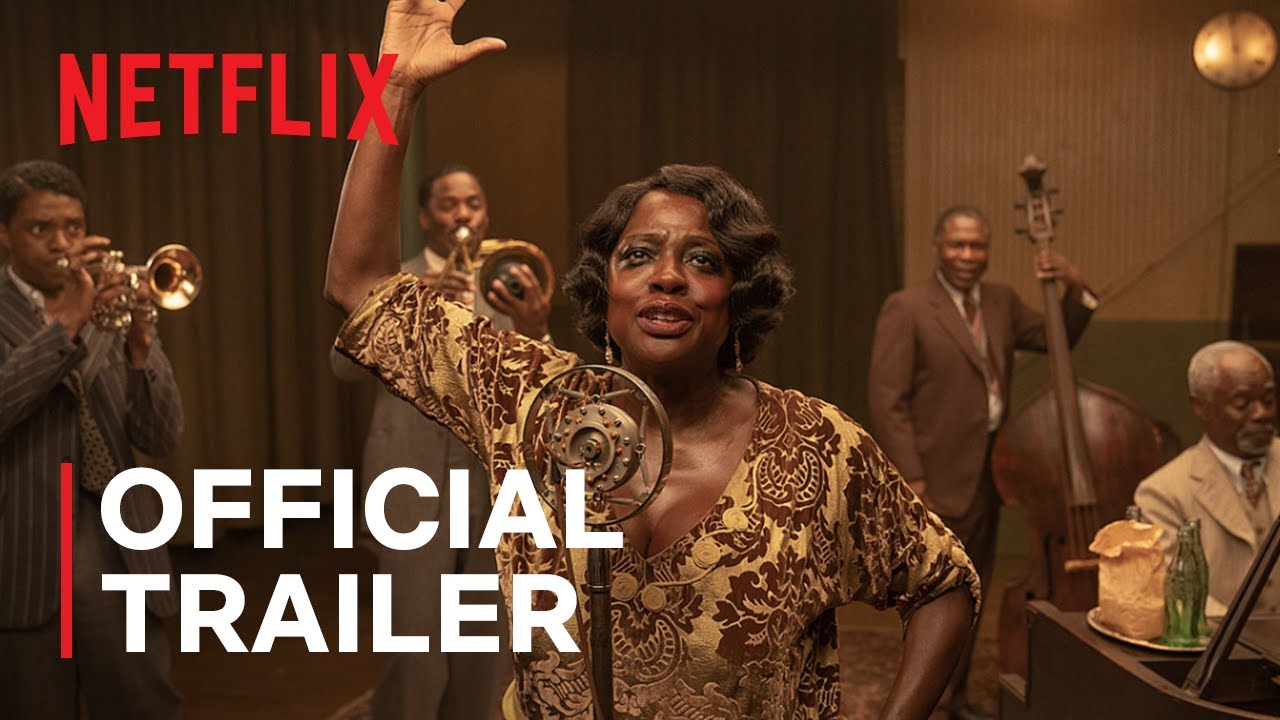 Donning the role of “The Mother of Blues,” Davis also pulls off Rainey’s tough exterior as a necessary technique to protect herself from a society that’s unwilling to acknowledge the value of the creativity of a talented Black woman, earning her the nomination for the Golden Globe for Best Actress.

Be that as it may, Boseman’s acting, earning him a nomination posthumously for the Golden Globe for Best Actor, will be the one that will gravitate viewers towards his character whenever he graces on screen.

With Boseman’s magnificent performance of a character that radiates humor, sleekness, and anger throughout the turmoil, Ma Rainey’s Black Bottom marks an impactful farewell to the actor that was gone too soon.

Carlos Martinez Jr. is a 25-year-old latinx senior Journalism major at California State University, Dominguez Hills who has a passion for entertainment and social justice. He is an aspiring journalist that wants to share important stories with his community.