Come one, come all! Fun is about to return to the likes of Southern California. After more than a year of the gates being closed, many of the state’s amusement parks are set to reopen to in-state residents throughout the month of April.

After coronavirus cases peaked in the state throughout the winter months, a downward trend and vaccine distribution have allowed certain counties such as Los Angeles and the OC to move from the most restrictive (purple) to the moderate (orange) tiers.

Popular spots such as Universal Studios Hollywood, Knott’s Berry Farm, and the Disneyland Resort have opened in phases with walk-through food events throughout the pandemic, but are set to welcome guests back into their theme parks with safety guidelines in place. Here’s what you can expect.

After being closed for more than a year, Universal Studios Hollywood began a phased reopening in early March with their Taste of Universal event which allowed guests an outdoor experience taking place within select areas of the park. In part, it allows visitors to “sample the park’s best culinary offerings and premium shopping options along with physically distanced photo opportunities with some of their favorite characters”

Just a few short weeks later, the park announced its official reopening date of April 16, limiting capacity to 25 percent under the current state guidelines and only will admit current California residents.

Park employees expressed excitement about the park’s return while also realizing the severity of what’s at stake and what it took to get to where we are.

“I feel like the park is taking the necessary steps to reopen. We were being trained in small groups, wearing masks and adhering to social distancing requirements. Like everyone else who works here and for guests, we want to feel safe when we visit/work in the park” said one long-time Universal employee.”

Park officials said most rides will be operational, but some attractions will remain shuttered to comply with health restrictions. Face coverings will be required for all visitors, physical-distancing measures will be in place and everyone entering the park will have their temperature checked. Additionally, visitors will be given hand sanitizer when boarding attractions and are disinfected after each run-through.

At the forefront of the state’s theme park reopening battle was the “House of Mouse.” Like the other operators, the Walt Disney company felt they should’ve been able to open much earlier than expected.

Some cast members still feel the park should remain closed until vaccination rates continue to rise.

“I feel the company is doing a decent job at protecting its cast members. But, due to the events of last year and how the process has been to reopen, they’ll do everything in their power to operate business as usual,” said one cast member.

Set to reopen on April 30, Disneyland Park and Disney’s California Adventure Park will once again welcome the magic back to in-state residents.

Disney Parks require reservations before visiting and opened reservations with park tickets on Thursday, April 15, which resulted in site slowdowns and long wait times for those eagerly waiting to reserve their spot.

“The thrill capital of the world” in Valencia, opened its gates again to members and season-pass holders on April 1 and April 2 before reopening to the general public on Saturday, April 3.

Prior to its reopening, parts of the 260-acre site was being used by Los Angeles County as a COVID-19 mass vaccination site. At the time of its reopening, two lines were made for entrance (1) to accommodate those visiting the theme park, the latter to fulfill vaccination appointments.

Many of the park’s attractions were operational on opening weekend, said one park official. But some remain closed due to pandemic-laden restrictions.

Compared to the other parks around the state, Magic Mountain had wiggle room to clear most of its hurdles to adhere to COVID-19 safety guidelines which resulted in an earlier opening date than most parks.

Cedar Fair’s Knott’s Berry Farm theme park in Buena Park recently announced its reopening date of May 21 to the general public, with tickets set to go on sale on Monday, April 26.

According to Jon Storbeck, the park’s vice president and general manager; the park has been preparing for its centennial celebration.  Currently, they have given the public a chance to explore outdoor portions of the park and indulge in tasty treats with its Taste of Boysenberry Festival.

Some Knott’s employees are excited to return to the park and interact with their fellow co-workers and guests as they enter the park for the first time in well over a year.

“People will come out, they’ll feel a piece of life return that they’ve been missing since the onset of the pandemic,” said one Knotts employee.

After more than a year away from it all, theme park aficionados are beginning to feel the excitement as they are welcomed home to their second homes.

Featured Image: Magic returns to Disneyland Resort in Anaheim, California, as the theme parks plan to reopen April 30, 2021. Guests will once again be able to experience unforgettable attractions, see beloved Disney friends, shop for the latest merchandise, savor the world-famous food and drinks and cherish special magical moments at both Disneyland Park and Disney California Adventure Park. For the most current information, guests should visit Disneyland.com often. (Disneyland Resort)

Daniel is a reporter/writing intern at News4UsOnline currently working on his BA in Communications at California State University, Dominguez Hills. Daniel hopes to establish his voice as a writer while also continuing to learn the ropes of the journalism field. An avid sports fan, he watches Basketball, Baseball, and Football. 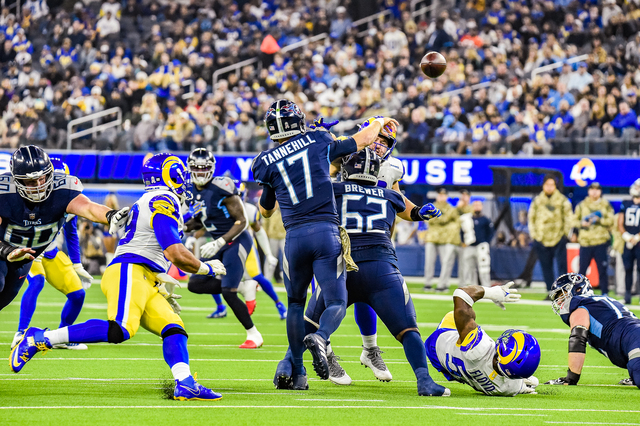